About us | Real Reef Rock
x

No products in the cart. 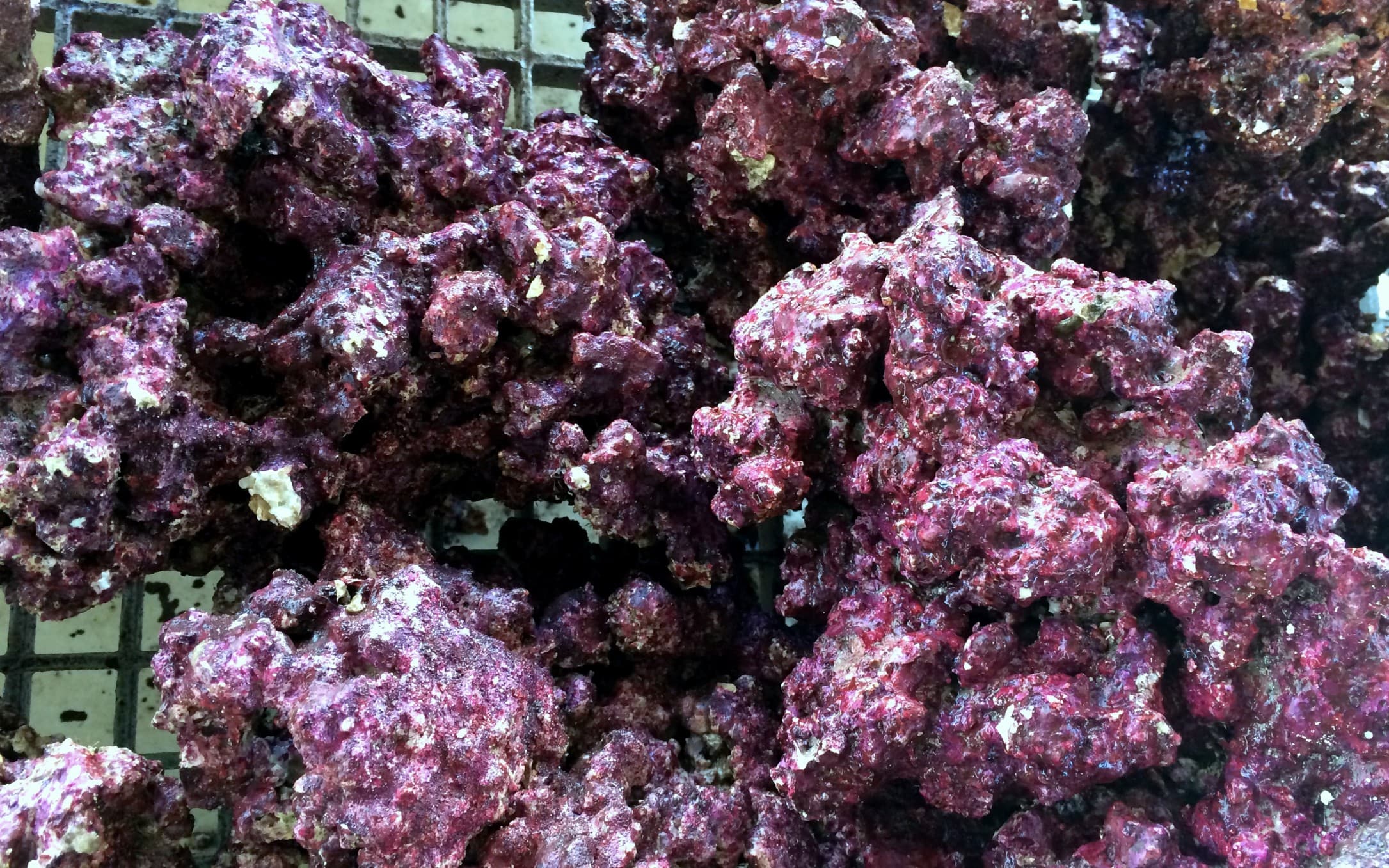 Password reset email has been sent to your email id please check.

Please select the total number of boxes in your order, various rock types and sizes. Real Reef is only sold in the offered pallet configurations.

Your product is successfully added to cart.

You have selected more quantity than your selected pallet quantity. 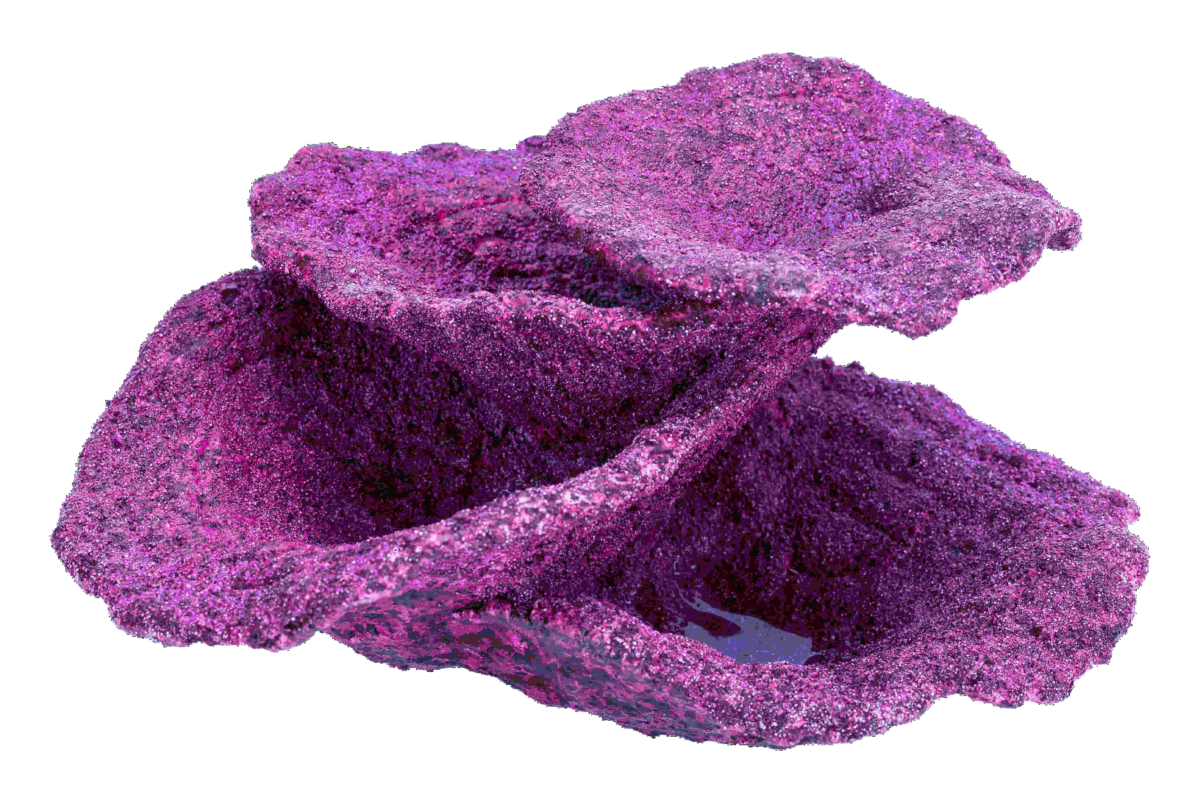 The History Of Real Reef

From Vision to Reality

The idea of sustainable environmentally friendly products is not new to the Real Reef team. In the early 90′s, the owners shared a common dream to farm Live Rock in Mexico. Upon hundreds of long road trips to some of Baja Mexico’s most remote barren shores, the conception of sustainable environmental products for the marine aquarium trade became a uniting mission for the team. From 1993-1999 they operated a marine collection facility in Mexico, which supplied marine wholesaler’s world wide.

What started off as a bunch of like minded surfers from La Jolla, California, dreaming about farming live rock in Mexico, to becoming a truly innovative green product sold in retailer’s World wide. Like we say here at Real Reef, “Saving The Worlds Reefs One Piece at a Time”! Like an old wise man told me once, “Take the fruit, but don’t chop the tree down. Its a pretty simple outlook on how to manage and nurture our reefs for the future. Let’s enjoy the fruit of the reef, but not take and destroy the very reef habitat that produces those fruit. There are a lot of nice reef breaks to surf in the future, and I would like to take my son to Fiji for a surf and diving vacation. No reef, no waves, no fish and coral in the natural environment for future generations to enjoy.

This short time line just scratches the surface of what three partners who shared a common vision endured during the last 18 years. I look forward to writing a book someday to include all of our adventures. It has been quite an interesting journey to say the least, and always walking that fine line of risk, danger and reward. An adventurous group of hard working guys with big hearts, that embrace and live the American entrenpurial spirit everyday. 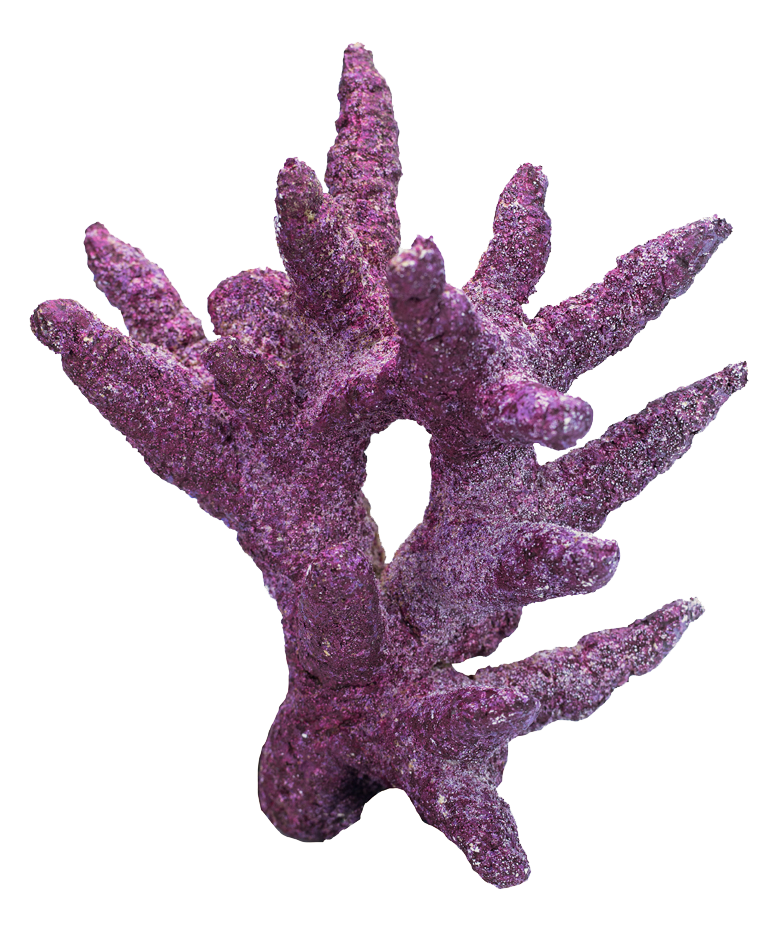 From Vision to Reality

When starting Real Reef in 2010, our primary goal was to replace 80% of the wild harvested coral Live Rock with our Eco-Reef friendly alternative. Now 11 years later, we've accomplished our first mission and Real Reef has become the go to choice for Marine aquarists Worldwide. In the years to come we look forward to improving our product and contrasting the difference Real Reef offers amongst its wild harvested and white base rock competitors.

Real Reef™ is a made of 100% natural marine friendly ingredients. Its components are made of the same building blocks which wild coral and living reef rock are composed of. The ingredients are not taken from the ocean and as a result there is zero environmental impact to the world’s coral reefs or marine habitat. Our product is also grown here in the U.S. in closed systems, which also avoids additional environmental impact to the ocean environment via mariculture or ocean farming. Real Reef™ is made through a proprietary process of over 13 steps which we have filed method and utility patents on.

The end result is a 100% natural eco friendly Live Rock alternative for the consumer, made and grown in the U.S.A product that consistently looks better than any of its wild or ocean cultured counterparts. It is a manufactured farmed product which offers consistent production, quality, profit margin and distribution for the retailer. Every piece is beautiful and pest free. Our rock doesn’t have the issues of Wild or ocean farmed rock, such as; parasites, nuisance algae, bristle worms, crabs, aiptasia, flatworms, mantis shrimp, dying sponge, anaerobic dead spots, hydrogen sulfide, ammonia, and other undesirables on wild or ocean farmed rock.

The end result is a product that offers the hobbyist a user friendly product with the basic building blocks to start a modern Reef or Fish only aquarium. A calcium carbonate based eco-friendly rock seeded with beneficial Nitrifying Bacteria, Micro algae’s and Coralline algae’s with no pests or nuisance algae. It offers great buffer ability and alkalinity, not to mention many trace elements. Its a product that truly allows the hobbyist to have an increased chance of success. It keeps the hobby easy and keeps the consumer in the hobby!

The best part is it has great point of sale as we add a non-toxic water based pigment to the rock, so it always looks beautiful and purple dead or alive. So rather than having bleached white rock in your stores, you can have rock that always looks purple and it is color that sells! It also allows the consumer to have the instant gratification of some nice purple live rock, whilst setting up their new aquarium. In essence it looks good during the cycle and even better as the hobbyist reef matures in time. It not only looks great in a reef aquarium, just as nice in a fish only aquarium.

Real Reef is some of the most beautiful live rock the hobby has ever seen. Whether in a reef or fish only aquarium, Real Reef stays purple dead or alive. The product is pigmented with non-toxic colors to duplicate the most beautiful encrusting coralline algae mother-nature has produced. Real Reef does not harbor nuisance or parasitic algaes, inverts and unwanted hitch hikers. Wild live rock inherently is covered and impregnated with undesirable pests and decaying organic matter. In most cases wild live rock is not alive, as it died crossing the Pacific by boat. Real Reef offers the aquarist a clean biologically active rock, which mitigates all the issues of wild live rock, including the process of waiting for the death to subside, AKA curing.

Real Reef Rock is a made of 100% natural marine friendly ingredients. Its components are made of the same building blocks which wild coral and living reef rock are composed of. The ingredients are not taken from the ocean and as a result there is zero environmental impact to the world's coral reefs or marine habitat. Our product is also grown here in the U.S. in closed systems, which also avoids additional environmental impact to the ocean environment via mariculture or ocean farming.

The end result is a 100% natural eco friendly Live Rock alternative for the consumer, made and grown in the U.S.A product that consistently looks better than any of its wild or ocean cultured counterparts. 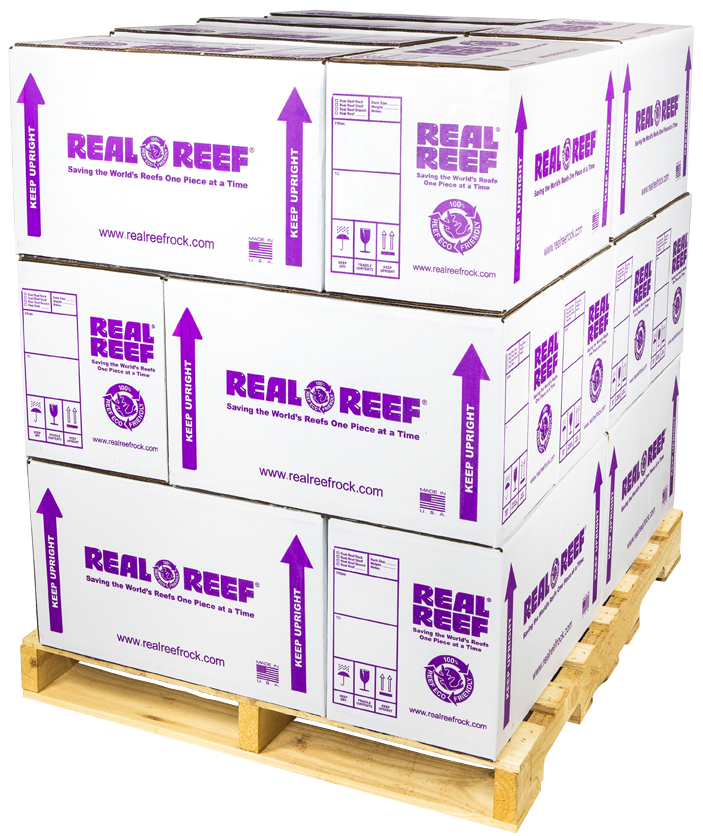 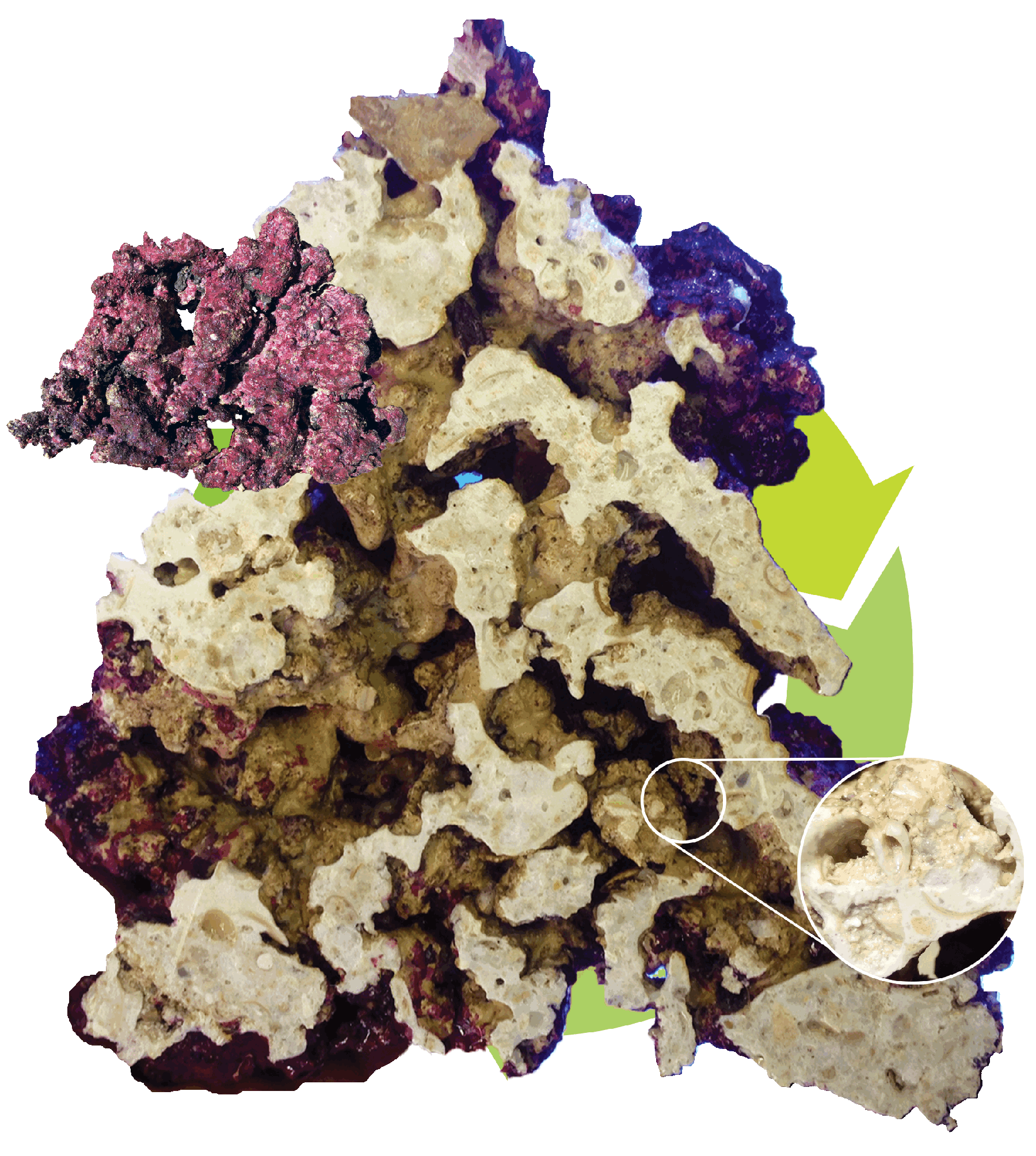 Proudly Farmed and Manufactured in the U.S.A.

A truly green product, made from 11 natural Calcium Carbonate based materials and cultured for 5 months. Ideal bioactivity, without negative bioload and nuisance hitchhikers.

Only Real Reef brings you the realistic shapes and variety needed to make your perfect aquascape. Smart start your aquarium, without the issues associated with wild or ocean farmed rock.

Not all cultured rock is created equal! Real Reef contains NO chemical based epoxy or acrylic paints. NO toxic copper or iron based pigments. NO phosphate issues inherent in dry rock. The highly pourous surface allows for plenty of healthy bacterial and coralline growth.

Saving the World’s Reefs One Piece at a Time

Human impact on coral reefs is significant. By making a product that replaces the need for, and improves upon wild live rock, we are able to preserve the reef habitat for future marine life. Real Reef has created a sustainable future for our industry.

Contains 2X the available Alk, Calcium Carbonate CaCO3 and more available trace elements than wild live rock. Made by aquarists for aquarists. Developed over 19 years of research and feedback, we know what you want and we created it.

Innovation and change starts at home

Trusted by Experts, Loved by Beginners 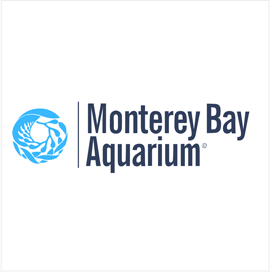 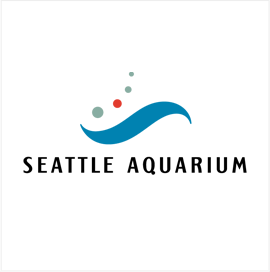 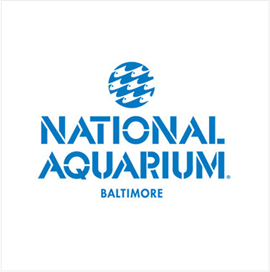 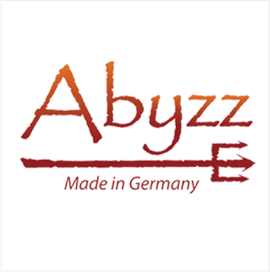 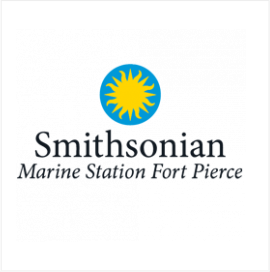 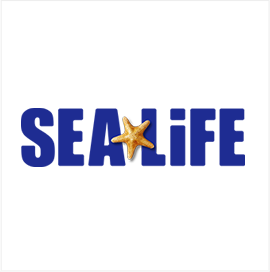 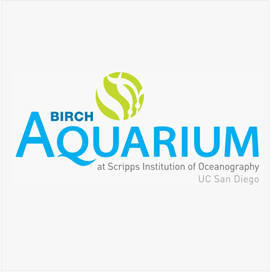 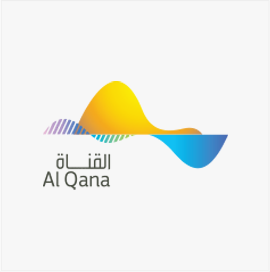